A bear gets too close to this hunter, who does not want to shoot, but is forced to do so. 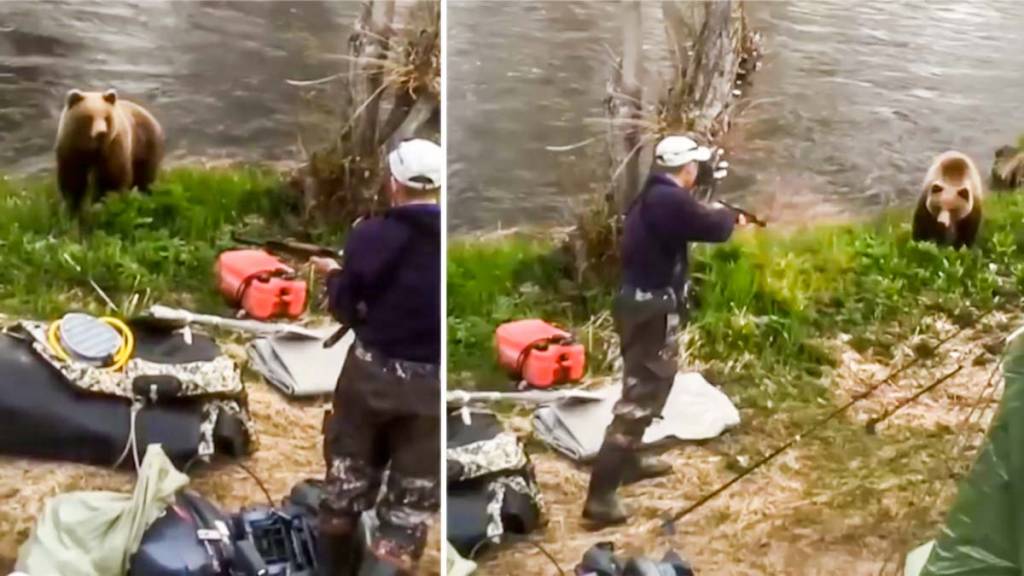 The hunter waits patiently for the bear to leave, but by not doing so and getting even closer to it, he is forced to shoot. Of course, shooting is only a deterrent.

TheBear is an extraordinary animal and a formidable predator. Therefore, observing them is a great gift from nature... as long as it is at a reasonable distance. And that is precisely what does not happen in this video, recorded in Russia by Andre Petropavlovsk.

In it you can see how a hunter is in a base camp when a large bear approaches him nonchalantly. This, rifle in hand, begins to give him voices to leave, but the animal does not obey.

Another companion even begins to hit a pot, but the plantigrade still does not leave and, on the contrary, begins to reduce the distances. Finally, the man shoots at the ground, near the bear, to convince him to go. With the detonation the bear flees.

Shooting so close to him was reckless – a shot into the air would have been equally deterrent and less dangerous – although the scene highlighted another problem: the feeding of bears by humans. Andre says in the video: "We didn't have time to set up camp, when a beast fed by people appeared."

Although the hunting of bears in Spain is prohibited, the population of these is very small and their behavior is not aggressive, there are in other parts of the world -where this image is recorded- in which other species of plantigrades can be dangerous.

A man shoots in extremis the bear that attacked him

The story below had a good ending for the man and his dog, but it could end dramatically after a bear attacked him in his own home. It occurred in the Bella Coola Valley, british Columbia, Canada:the man shot at a brown bear that had been settling for days in the garden of his house. We'll tell you.

The article A bear gets too close to this hunter, who does not want to shoot, but is forced to do so. appears first in Jara and Sedal Magazine.