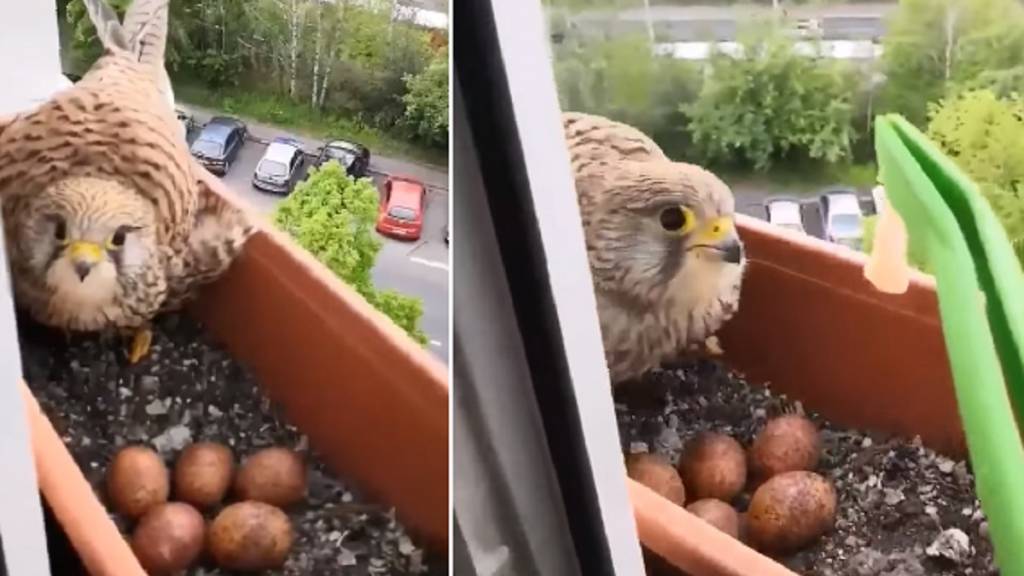 The person recording the following images has gained some trust with the bird and even feeds it.

Tall buildings with innkeepers on the windows are a good draw for those who like the wide views... and for birds seeking protection. This is what has happened to this kestrel who has decided to make the nest in the pot of the window of this house.

The person recording the images has even gained some 'confidence' with the bird, as it gives it chunks of what looks like chicken to eat. We share the images below.

The kestrel, a bird that usually nests in urban centers

EI kestrel, according to the scientific study of Juan José Negro Balmaseda, is probably the bird of prey that suffers a more important regression in Spain since the promulgation of the Royal Decree that in 1973 declared all Iberian raptors protected.

The regressive trend is general throughout its European range and its causes are not precisely known. 'It is also surprising that there is a paucity of information on basic aspects of the species' biology, especially considering its gregarious nature and accessibility (nests regularly in urban centres)", explains the author, hence images like this of the bird nesting on balconies and windows have already been repeated on other occasions.

Below we show you videos of more kestrels nesting in windows and urban areas that users have uploaded to social networks in recent years:

The article A kestrel nests in its window pot and broadcasts a video feeding it appears first in Jara and Sedal Magazine.