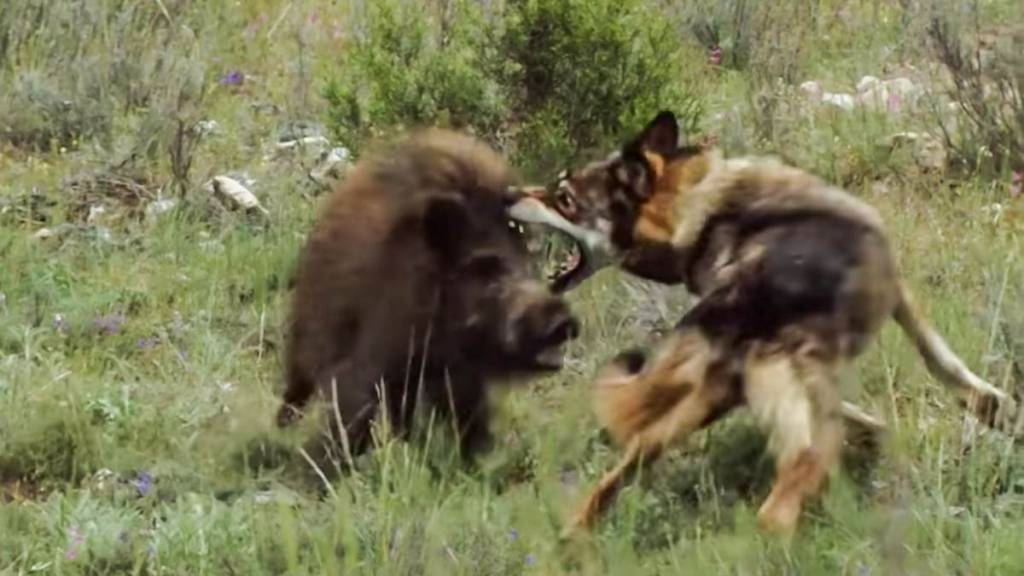 A wolf tries to hunt down a boar that stands up and stands up to it. The images have been filmed by National Geographic and remind us of the well-known grip of several wolves to a wild boar from 'The Man and The Earth'.

The following video captures the fight between a she-she-she-shed and a boar for survival. According to the documentary, the canid has had wolverines and has to feed them. For its part, the wild boar would find itself in the same situation. The Fierce Struggle it shows nature openly, just as it happens in the countryside.

The canid leaves the lobera at the beginning of filming. Soon after, two female wild boars appear followed by scratches. The following image shows the wolf in an alert situation, as if he had noticed its presence.

Although it is probably a montage and the animals that fight are not the same as at the beginning of the video, what is real is the battle between wolf and wild boar. The latter is a young specimen that, however, plants its face in order to save the skin.

The slow-motion images of the contest are exquisite. To delight and admire nature in its purest form. After a few seconds of fighting, they show the dejected boar and the wolf feeding on him. The canid has won the battle this time.

Thousands of hunters have already thevideo of four wolves starring in a grip on a large wild boar. The recording, which is a fragment of a documentary by Félix Rodríguez de la Fuente, is almost half a century old, but it is adaptable to any era.

In the video you see how theboar fights for his life until the last moment, facing with his defenses the canids, who stalk him with all their efforts.

A sports camera has recordeda night of hard fight for survival between a pack of wolves and a herd of wild boars.The video was posted on YouTube by staff at the Casentinesi Forest National Park in Italy.We showed you.

Several wolves surround a wild boar and thus defend themselves

The following images, filmed by the travel agencyWildWatchingSpain,they show the moment when three wolves harass a wild boar.One of them, at the bottom left of the image, appears crushed on the ground waiting for the moment when the suido commits the slightest carelessness to launch himself for it. However, they will not be the ones to take the initiative. Because at that timeit is the wild boar who decides to go to the load.This is the video.

The article A brave boar fights a wolf that tries to hunt him down appears first in Jara and Sedal Magazine.