Spanish fishermen catch a fish that was believed to be missing from Europe: "We have never seen anything like it" 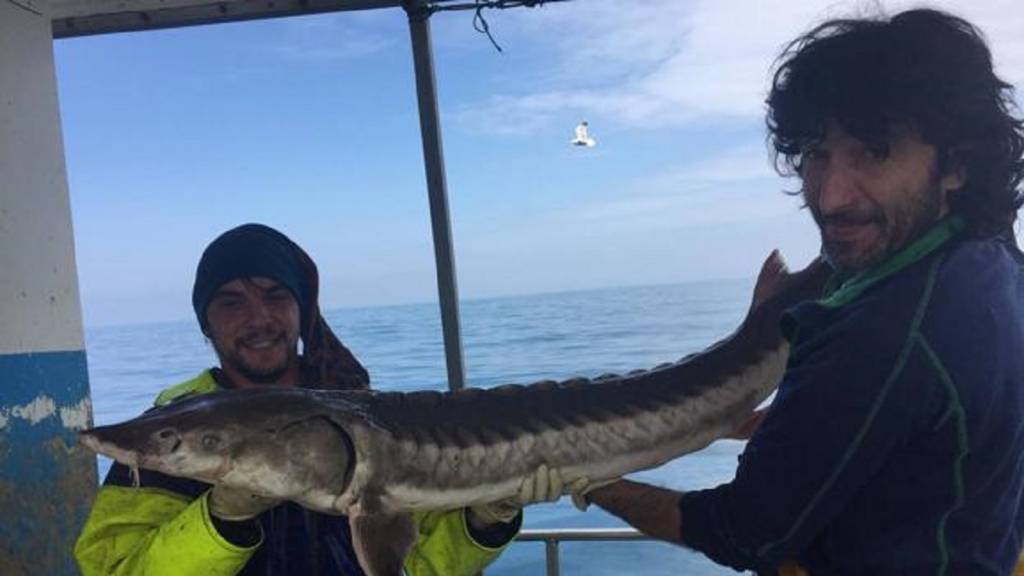 The shipowner 'Jesus Nazaret Berria' has captured between Lekeitio and Ondarroa a living specimen of sturgeon, a threatened species believed to be missing from our waters.

As reported The Mail, the capture took place very close to the coastbetween Lekeitio and Ondarroa, at the height of Sagustan, just over a mile and a half away. Sturgeon is a threatened species and very rare in these waters.

"We cast the nets at night and when the sun rises we come to lift them up and see that it comes out," said Jonathan Goitiz, shipowner of the 'Jesus Nazareth Berria', based in the port of Lekeitio in the middle. When a few days ago the four crew members proceeded to board their backsame "The surprise was capitalized upon discovering that a live sturgeon was coming"Remember. "In twenty years I've been doing this, I've never seen anything like it. In fact, at first I didn't even realize it," he acknowledges.

"Previously we caught a peregrine shark, but we would never have thought that a specimen of this species might appear," he explains.After photographing the piece they proceeded to their immediate release, despite knowing that its meat is a bite highly sought after by the 'gourmets' and that you also get the exquisite and expensive caviar.

"We agreed that we couldn't sell it and immediately threw it back into the sea," she says in the same way. This has led to a wave of recognition by collectives and associations advocating responsible and respectful fishing with the marine environment. "It's our way of life," Goitiz insists. Lekeitiarra arrantzales have shared the unique capture with Azti Tecnalia scientists who have confirmed to them that it is very unusual. "At most they have to detect one a year," he says.

Another specimen captured in Asturias in 2010

A sturgeon female 120 kg and 2.5 meters long was captured in 2010 near a beach in Gijón after getting caught in the nets of some Asturian fishermen. As revealed by a I am a student led by researchers from the Complutense University of Madrid, this species that was believed to be missing in Europe has been found again and on time in northern Spain, giving scientists hope about its conservation in Europe.

The experts who carried out the investigation of the specimen captured in Asturias were unknown about the origin of the animal, although they did not rule out the theory that it could reach from the Atlantic coasts of North America to Cantabrian coasts given the large American population of this type of sturgeon. "Although it may seem surprising, the species' swimming capabilities are very large," said Benigno Elvira, researcher in the Zoology and Physical Anthropology department at UCM and lead author of the study to the SINC agency. In addition, this theory was based on precedents of other specimens that migrated from North America to the Baltic, between 800 and 1,200 years ago.

The article Spanish fishermen catch a fish that was believed to be missing from Europe: "We have never seen anything like it" appears first in Jara and Sedal Magazine.