Dog or wolf? the protagonist of this chilling video divides Internet users 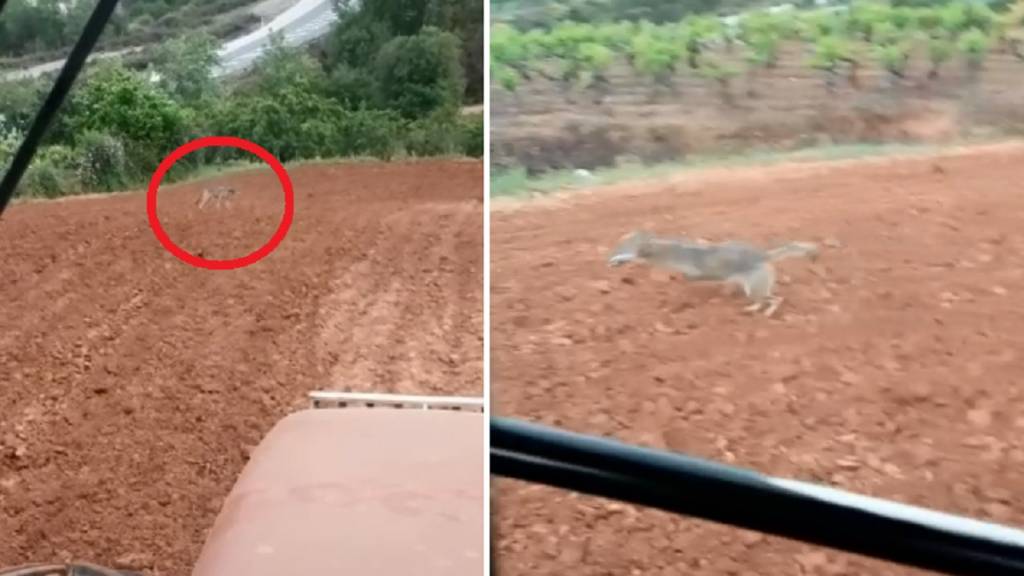 Netizens do not agree on the images of this canid that circles at full speed around the tractor of this farmer. Wolf or dog?

The video that we show you below has gone viral in the last hours and does not stop being shared on social networks. In it you can see a canid that makes several turns at full speed around the tractor from which a farmer records it.

Internet users do not agree on the specific species due to the poor quality of the images: it could be a wolf or also a Czechoslovak dog, similar this dog in appearance to the previous one. What do you think?

We share the video below so you can judge for yourself. You can comment at the end of this article what you think about it.

How does a wolf differ from a Czechoslovak dog?

One Czechoslovak dog it can be differentiated from a wolf, for example, if we look at its legs. Iberian wolves have dark or black longitudinal stripes covering the front of their two front legs, a dark spot along the tail, and another dark spot around the withers. The set of these marks or dark spots, are what have given it the name «signatus» to this subspecies of wolf, sincesignatusin Latin it means 'marked'. In the following image you can see the differences between the two.

A Leonese farmerwas tilling last January to a corn field near the town ofCastrotierra de Valmadrigalwhensuddenly, he ran into a wolf.The canid did not flee and waited for the man to get off the tractor to, after hearing the voices, move away a few steps, although without fleeing definitively from the place. We show it to you here.

Some neighbors of the Lugo municipality ofCastroverderecorded a few days ago, to a couple of wolves who were walking along a farm near the road.As you can see in the video,the canids roam freely around the place, without caring too much that a car travels on the road and totally ignoring it.We showed you.

The article Dog or wolf? the protagonist of this chilling video divides Internet users appears first in Jara and Sedal Magazine.