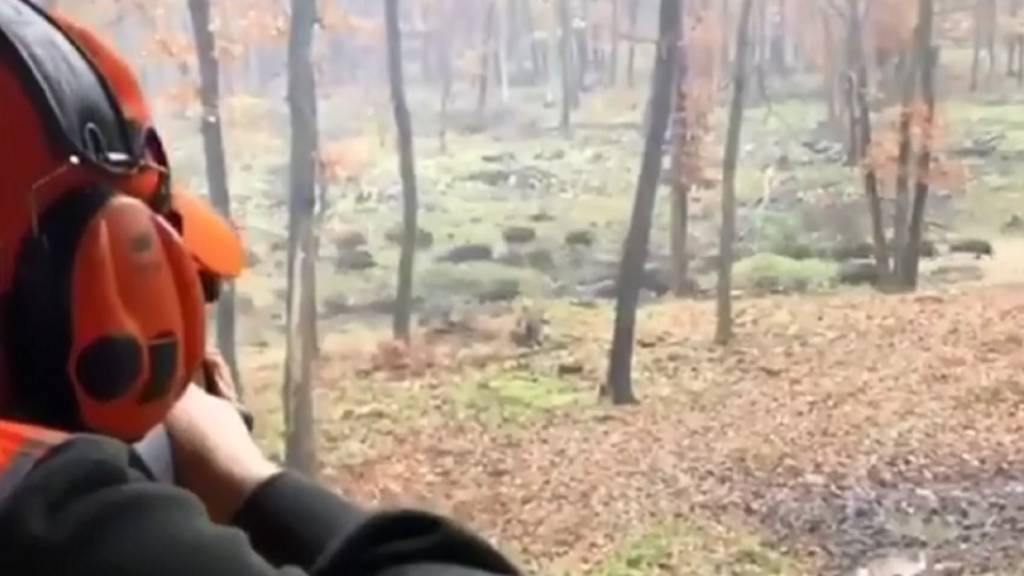 This hunter is passed hundreds of wild boars by a dream position but it seems that he fails more than desired. And you, what do you think? Dream come true or nightmare?

The video that we show you below would be the perfect setting for thousands of hunters. A dream stand... and hundreds of wild boars passing in front of him. But that dream turned into a certain nightmare for the hunter who stars in the recording, since in the minute that this lasts is shown with certain doubts not knowing which one to shoot before such a large number of wild boars.

How
it is logical, the video – published two days ago and with 10,000 views by the
moment- has had comments of all kinds on Instagram. And you? What do you think?
Would you have had the skill to turn the dream come true into success or into a success?
nightmare?

Five shots and four wild boars in less than half a minute. That is the result of a shocking video that is being shared by hundreds of hunters in the last hours on social networks and that shows the tremendous skill of a hunter during a beating.

The images have been recorded in Morocco, where the hunter fires five shots with a semi-automatic weapon, something totally prohibited in Spain, where the carrying capacity for this type of shotgun is limited to three shots. We show them to you.

Hunt two wild boars with one shot and one of them is huge!

The Cordovan hunterJose Antonio Jimeneza few weeks ago, during a montería in the province of Cuenca atremendous wild boar that has thrown 110'15 points-gold medal- in the first measurement made by the taxidermist. Although the most surprising thing about his capture was that in the same shot he also made a javelin. Jiménez has narrated toJara and Sedalhow the lance developed.We'll tell you here.

The article Hundreds of wild boars enter a raid and do not know which one to shoot appears first in Jara and Sedal Magazine.