Stunning video: thousands of starlings are struck by electric shock on high-voltage cables 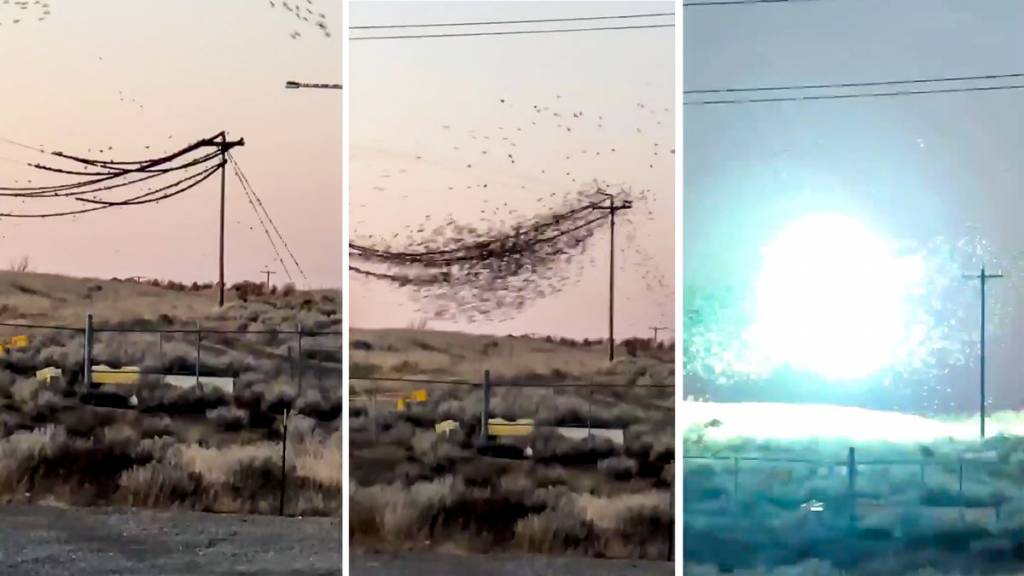 This is the stunning video in which a cloud of starlings falls fulminated after perching on high-voltage cables and causing an electric shock when flying.

The big clouds of starlings (Sturnus unicolor) they're always awesome. In late spring especially, when the chickens of the new snies set out on the fly, the large sides of this little bird fill the sky.

The sides can become so large that they have thousands of starlings that cover those areas in which they perch with a black mantle. This is the case with the flock of the following video, which perches on high voltage cables to discharge.

As can be seen in the images, the number of specimens is so high that the cables through which the electric current passes arch as a result of the enormous pressure that the weight of the birds exerts on them.

At one point, the starling side begins the flight explosively, becoming a cloud that surrounds the high-voltage cables. At that time, the closeness between birds and the different high-voltage cables fosters a phenomenon known as electric arc. This causes the current of one cable to 'jump' from one body to another and end up coming into contact with electricity from another cable, unsaching the electric shock.

As you can see in the images, thousands of starlings fall fulminated – some of them engulfed in flames – in an impressive image. This phenomenon, in addition to being dramatic for birds, can cause fires.

The article Stunning video: thousands of starlings are struck by electric shock on high-voltage cables appears first in Jara and Sedal Magazine.