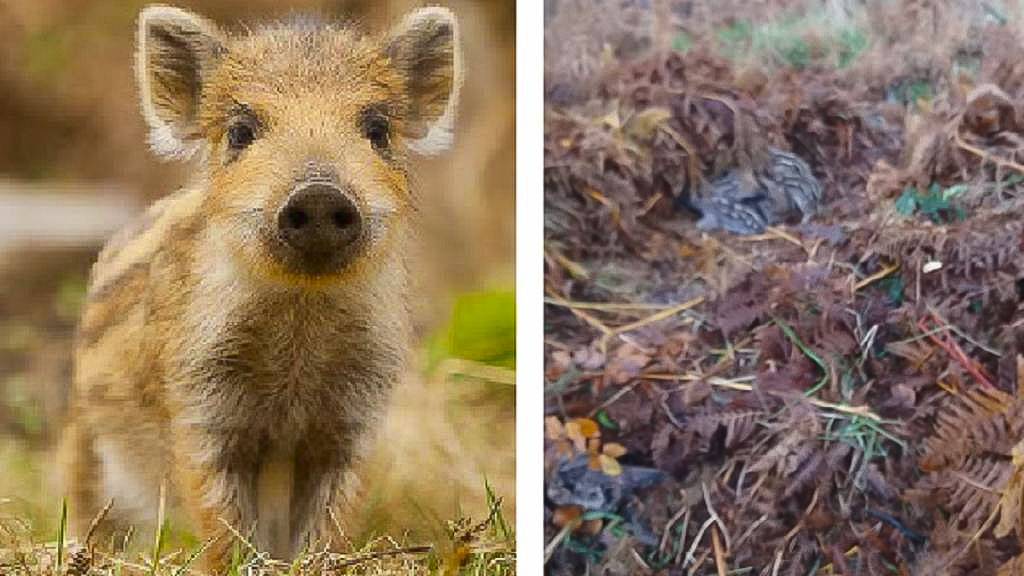 A person approaches an area full of ferns and finds a litter of rayons between them. The image is being shared by hundreds of hunters on social media.

Wild boar pups are one of the great and most beautiful phenomena of wildlife not only because of their small size, but also because of the curious color of their fur. The video that we show you below attests to this by capturing the moment in which a Litter of rayons is found among ferns.

Although it cannot be well elucidated, the mother could be lying under the leaf litter. Hunters do not stop sharing the tender moment that we show you below.

Two mena female bedridden boar surprised in the field. She is not alone,around it you can see several of the rayonsalmost newborns that accompany her. "Look how beautiful. Beautiful," one of the people filming the scene is heard saying. "They are dwarfs, they still do not hold up well," they comment on the size of the offspring.

The video, which lasts less than a minute, shows the beauty of the evolutionary process of one of our most emblematic hunting species. We share it in this link.

The article Engrave among the ferns a litter of rayons that has fallen in love with hunters appears first in Jara and Sedal Magazine.