Rabbits in descaste: How do I know if I should hunt them in my preserve? 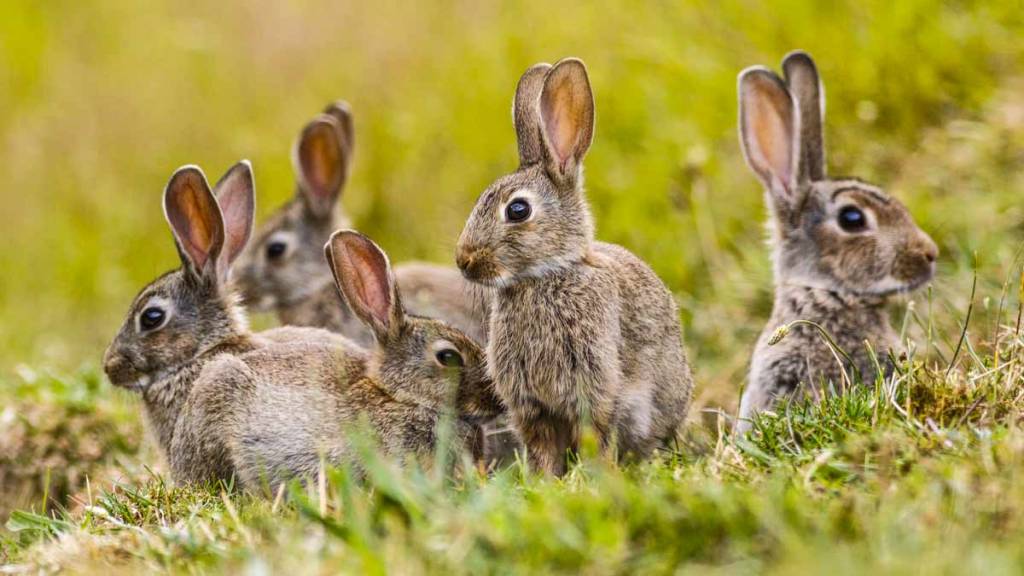 It is a doubt that assaults many hunters when June arrives. Do I request the casting of rabbits or do I wait until the opening of the general to hunt? We answer your question.

With the first summer rigors begins the descaste, a practice that goes back, in its most modern origins, to already more than half a century. It was born back in the 50s of the last century after the appearance of the first outbreaks of myxomatosis in rabbits of our country.

These were repeated mainly to the end of each summer and beginning of autumn -with the arrival of the first rains-, causing real havoc in the abundant Iberian cunicle populations: in those times they could even far exceed the 50 specimens per hectare, very far from the current average densities resulting from different studies in preserves of central Spain, with 5-6 per hectare.

Due to this devastating effect at a very specific time of the year, much more striking even by those density figures described, our grandparents thought that a hunting use prior to this period could be very convenient, on the one hand, to hunting healthy animals before an outbreak took them away and, on the other, to reduce these censuses: the transmission of myxomatosis was favored by the high densities of their populations, so that in this way the high mortality rates were minimized. This is the story of how the casting was born, a hunting modality halfway between the tradition, management and hunting.

What is your current situation?

It would be daring to offer a single answer, since due to the ecology of the species and the irregular effect of diseases, predators or habitat deterioration we can find very different situations. While some preserves suffer from a problem of overpopulation, a few kilometers away – or even on neighboring land – and despite making important efforts for their recovery, there is not a single dig.

As we said, today some authors speak of average densities in the center of the peninsula of 5-6 rabbits per hectare. However, we can also find areas with a favorable habitat and conditions that give rise to densities of up to 40 specimens per hectare and others, even some traditionally rabbits who do not have just 1-2.

This drawing could also be extrapolated in a general way to the entire national territory. Thus we find regions such as Galicia, with very deteriorated censuses and populations that each year present a negative trend, and others not so far away as El Bierzo leonés, where this species causes significant damage to its vineyards of Mencía grapes. The situation is uneven on both plateaus, and we are already accustomed to the overpopulations of the Aragonese or Cordoban countryside, in the latter case also with vineyards of high value in between.

Why is the rabbit a pest in some areas and disappear in others?

If we analyze the situation in a global way, we will not find a single cause that explains this irregular state of their populations. Studies suggest that the habitat deteriorationone erroneous hunting management or the effect of the viral diseases, with the outstanding presence of the new variant of viral hemorrhagic disease (NHV) in the last five years, they have contributed to its decrease and that of emblematic predators such as the Iberian lynx.

Luckily, its reproductive biology and its ability to adapt have turned the rabbit into an superviviente to all kinds of incidents. It has overcome its more than 30 species of predators, myxomatosis first and NHV later, habitat destruction or hunting activity. Therefore, both its use and management must be planned and carried out specifically for each province and even for the region or preserve in question due to this important variation.

How does casting affect rabbit populations?

After what has been explained, it is difficult to give a resounding answer to how descaste affects their populations, at least in general. If we take into account the origin of this practice, perhaps its 'preventive' usefulness against late outbreaks of myxomatosis would be debatable, especially since at the present time the rabbit has evolved positively against this disease, generating a resistance that avoids mortality rates as high as it happened in its beginnings.

Nor would it be the ideal tool as pest management, since once they have originated their control is very complicated due to the high reproductive capacity of this species and its trophic habits. It is more effective a casting as such in the beginning of spring or late winter, provided that its usefulness is justified and there are obvious indications of a risk of damage in the future.

In any case, if no previous action has been taken, although probably the damage to the affected crops has already occurred irremediably we will be able to reduce the population density and, therefore, mitigate the pest effect.

A solution to the damage to agriculture

The descaste also turns out to be a tool iEntering from a social point of view as an appeaser of the conflict between farmers, hunters and the Administration itself. Only in these cases with stable rabbit populations, whose trends do not show ups and downs in recent years and of high density, exceeding at least 7-10 rabbits per hectare, would it be possible to justify today the realization of castings in the strict term of the word.

On the contrary, when the populations are weak, unstable and are in low densities, less than 5-6 animals per hectare, the descaste will suppose a stress factor such that, in addition to the own direct casualties caused by this modality, it will generate a decrease in the defenses of the animals, making them more susceptible to suffering diseases or being predated when they are forced to leave their shelters.

It can also cause indirect mortalities in litters that may still be in the lactation period or, depending on the area in which it is performed, abortions in rabbits still pregnant.

Can I discard rabbits in my preserve?

For all this the eternal question arises again: unscathed yes or discard no. We will only find the answer if we know our preserve and the animals present in it thoroughly.

To do this, the first thing you should know is what is the true state of the mountain rabbit populations of your preserve – without basing yourself on intuitions or false impressions obtained by simple a walk in the countryside on a specific day. Are you able to answer the following questions?

How many rabbits do you have?

It is essential to carry out censuses correctly designed and organized through strategically fixed routes that allow us to obtain densities and abundances at each time of the year. Censuses by direct observation or by 'cagarruteros' can help us determine density.

How many rabbits do you hunt?

It is essential to collect the data of the catches during the hunting season and analyze them with the perspective of several years to assess the local trend.

Their life expectancy is almost 14 years, although they rarely exceed seven because they are a prey in high demand by certain predators. Among its bitter enemies are the meloncillo and many raptors and other medium-sized carnivores.

Are there many disease outbreaks?

Nor should we forget to be attentive to the presence of possible outbreaks of disease in our populations that can drastically mark the evolution of them in a few weeks.

Diseases will tell you when and where to hunt

The effect of casting on the populations will vary depending on the starting point of the same, and the local density of rabbits may be the best indicator to establish their convenience or not, based on the figures indicated above.

However, it is also necessary to consider other aspects that give us an idea of the possible resilience of the populations after the realization of this modality. Some of these factors are the quality of a habitat with sufficient food, shelter, quality soil where to make burrows and vivares, an adequate management of predators and a hunting use that guarantees the sustainability of the populations will be decisive

Another decisive aspect will be one's own climatology, since it will depend both the reproductive activity of the animals and the presence of sufficient food to maintain quality populations. Mild temperatures and moderate rainfall are two important values for the recovery of populations.

Another aspect that indisputably determines the initial state of the populations is the epidemiological situation of the same, that is, the situation in which the diseases are found, myxomatosis Y viral hemorrhagic disease.

To know this situation is again fundamental based on objective data collected over several years in which we indicate the possible appearance of confirmed outbreaks of diseases, the time of appearance and the possible relationship with the previous climate – rains or temperature fundamentally – the locations of these outbreaks, their evolution both in time and in number of animals affected.

With all this information we will be able to intuit and even sometimes predict the possible appearance of an outbreak and therefore have one more argument to decide the realization of the casting there or not.

The article Rabbits in descaste: How do I know if I should hunt them in my preserve? appears first in Jara and Sedal Magazine.