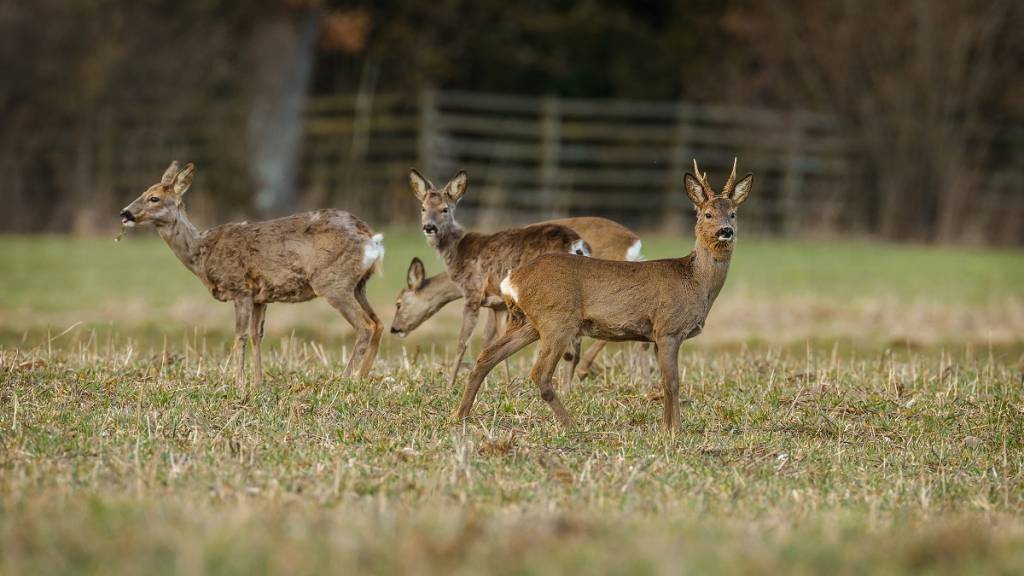 Not all land meets the ideal requirements to accommodate good populations of roe deer. Is this the case with your farm? It is time to identify and alleviate its shortcomings, to make improvements so that the forest goblin is permanently installed in it. Here's how.

The roe deer is one of the hunting targets that arouses the most passions. In Spain it is present mainly in the central and northern third, although the southernmost populations are found in the mountains of Malaga and Cádiz. At present it is an apparently prosperous and clearly expanding species., colonizing new lands as a result of changes in the use of the territory. Therefore, every day there are more fans who are interested in its proper management.

To carry out a serious management of its populations and the lands on which it sits, in this case our preserve, the first thing is to carry out a good planning of the specimens to be killed. This planning will be the same as for any other hunting species: we will set a target for the evolution of the population and we will extract annually a number of individuals according to this objective. What seems easy is not, because it implies at least, knowing what our population density is and where we want to take it.

How many are there on your farm?

To get an idea of the amount of roe deer that houses our preserve we can resort to the spring censuses and observation of family groups in late summer –we can help ourselves with phototrap cameras installed in strategic places: steps, meadows, plantings, drinkers...–. The population density within a territory depends on the living conditions it offers: shelter, tranquility, water, food... In Spain there are areas with more than ten roe deer per 100 hectares, although the usual figure is lower.

How to maintain balance

Other important aspects to know are the demographic recruitment – which is nothing more than the number of new roe deer that are in my preserve every year, the result of births and immigration – and what is the mortality rate. Once these parameters are known, the rule to be respected will be to ensure that the annual extraction will not exceed the net yield – recruitment less mortality – unless the objective is to reduce the corzuna density of the preserve in question. If we want to keep your number or that it is slightly increasing, knowing that the productivity of wild populations usually varies between 25 and 50% of the adult census, we can initially set the quota of specimens to be hunted between 10 and 20% of the census. If we want to reduce the population somewhat, we could increase the number of catches up to 25 or 30% of the adult census.

In healthy populations with high reproductive capacity, young animals aged less than one year represent half of the total census, and in addition the ratio between the number of males and females must be close to one: that is, it is advisable not to cause a notable alteration of this demographic pyramid. Therefore, we must hunt both males and females and of different types of age, so that we always have the same number of specimens of each genus and reserving half of the seals for the youngest roe deer.

It may seem barbaric, and it is also difficult to do accounts when you spend half of the seals on females or young males, but contrary to what most think, the overabundance of these will not have an impact on a more intense multiplication of the population, as might be expected. Nor is a management in which a significant amount of roe deer is extracted with trophic spirit, since we will be condemning females to have to reproduce with the worst males, and more taking into account that most trophies are usually hunted before the mating season. Therefore, hunting animals of each and every one of the age classes will have a positive impact on the trophies, since we will be reserving, for the older individuals, part of the food resources during the time in which they develop the horn. However, if we only care about hunting the best, these resources would have to be shared by a greater number of immature males with the consequent gradual impoverishment of the quality of the trophies.

5 improvements to optimize your habitat

Shelter, tranquility, water, food... The presence of the roe deer in a given territory depends on the living conditions that it is able to offer. We tell you how to become the best host for the forest goblin. You will only have to make a few small improvements.

Roe deer is a broad-spectrum herbivore, selective consumer of herbaceous plants and an excellent ramoneador. Their relative density, compared to that of other cervids or bovids, is low. Therefore, we will carry out a selective clearing of scrub in small tiles uniformly distributed throughout the mountain, favoring the diversity of the vegetation and enhancing the ecotones that it likes so much.

Do between four and five tiles per 100 hectares.

The surface of the cleared tiles shall be of an area of less than one hectare, preferably sinuous edge Y next to tree formations to favor the well-known 'mosaic effect'.

Attentive to nutritious and high palatability plant species such as barberry, myrtle, labiérnago, bramble... Its constant brushing looking for its regrowth can end them, especially if there is a presence of deer in the mountain, producing the opposite effect to the desired one having eliminated the favorite species to be rammed by the roe deer.

At certain times of the year the roe deer has few new shoots to choose from, which limits the carrying capacity of our preserve. Winter and summer are usually the most unfavorable, and also coincide with fundamental stages in the management of the species. In the cold season the horn of the males is formed: it is when they need greater contributions of energy and proteins. In the summer, the corcinos illuminated in May are in full development, so the females need an extra food supply. There are two types of crops:

The fundamental basis should be the long-cycle wheat and varieties without beards on the ear, such as Aragon or candeal. We will also include vetch, ray-grass westerbold and weed seeds that will be provided to us at the nearest cereal sorting center, since they are usually discarded. Thus we will obtain a heterogeneous mixture that we will sow in September or October in small plots of less than half a hectare alternated with spaces of forest or wasteland that provide nearby shelter.

The ideal is to alternate sowing of esparceta with mixtures of weeds and sunflower that we will carry out in February-March in small plots distributed throughout the preserve and alternated, also, with areas of forest or erial. In the same plot we will sow esparceta the first year, which will last us on the ground another two. The fourth we will sow winter mixture, the fifth sunflower and the sixth, again, winter mixture. The total of sowing must be a multiple of six and to distribute them evenly we will form groups of six plots, starting the cycle commented on each one in different years.

We can take advantage of abandoned forest or crop areas that already support natural grasslands or have maintained them until recently due to the proliferation of scrub, etc. These would be the ideal places, but plantings can also be carried out at the expense of scrub surfaces on deep and fertile soils that usually coincide with the most clay substrates and the most moderate slopes, favoring the greater availability of moisture in the substrate for the proper development of the pasture.

Where to locate them

In pastures that border wooded areas, so that they can find food next to the shelter.

We will sow a plot of less than one hectare for every 30-50 hectares of surface and before the rainy season, with a stand with light stand, bottom fertilizer with 250 kg / ha of superphosphate (18%) and an average planting dose of 15 kg / ha.

If there is presence of cattle or deer it is necessary fence with exclusive permeability for roe deer.

These fenced plantings can be combined with the installation of a feeder, a drinker and salt blocks.

As a general rule, if the density of our roe deer population is adequate to the environment or we have support crops we will not make food contributions. It will only make sense in those preserves with high density or low quality to enhance a minimum population and only exceptionally at the end of spring or during the summer, or due to extreme weather conditions such as heavy snowfall or prolonged periods of drought.

In an exceptional way we will also supply you with salt blocks in spring in those with poor soils in this element. They will be located in ecotone areas between forest and grassland, hanging from the branches of a tree one meter high. We will make sure that the blocks do not fall to the ground; otherwise, they will dissolve and affect the roots of the tree.

The most advisable thing is that our hunting ground has at least one water point for every 50 hectares surface: it can be swamps, rafts, fixed or mobile artificial troughs, recovered natural springs ... that we will distribute through the mountain in the best possible way.

The roe deer is an eminently forest species -especially deciduous forests-, but its great capacity to adapt to the environment allows it to inhabit a multitude of ecosystems. Of course, if your farm is able to satisfy their tastes, you will have a lot of cattle ...

Formed by farmland with various crops, grasslands, scrub and forest composed of various species of trees and shrubs, they will offer a greater carrying capacity.

It is a kind of ecotone or 'edge': it is common to see it in crops, pastures or cleared areas along with others of greater coverage such as forests or diverse thickets.

He loves the shoots of new bushes of bramble, wild rose, jara and others of new emergence after clearing and clearing in the bush: in particular, he is pirra by the high protein content of the prawn legumes that he will choose meticulously among a tapestry of herbs of all kinds.

The article Five things you can do to have more (and better) roe deer in your hunting ground appears first in Jara and Sedal Magazine.