Hunt a boar the size of a cow and see how they have to get it out! 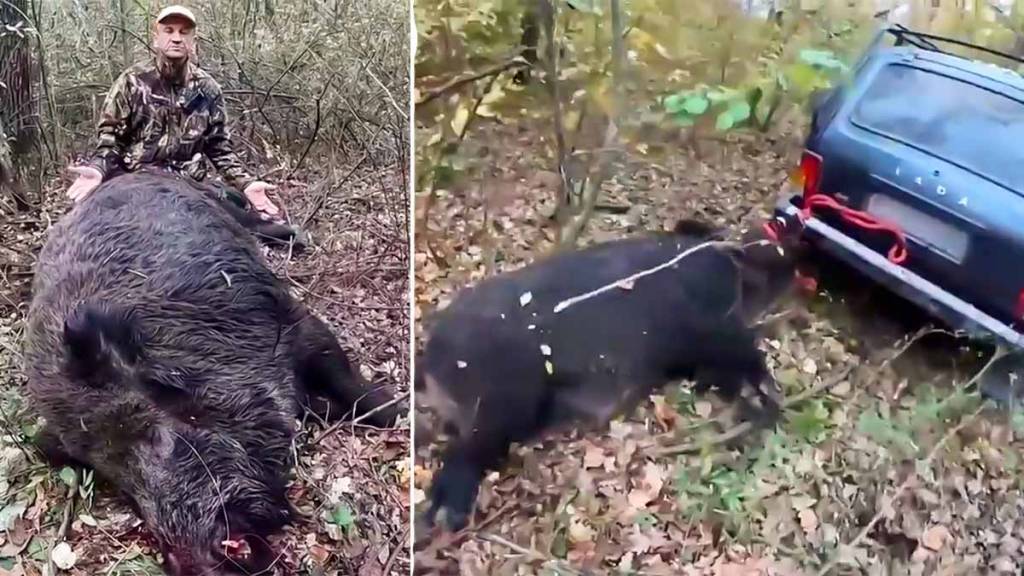 The gigantic boar attacks the hunter, who fires when he nearly catches up with him. They had to pull the animal out by pulling it with a Lada Niva.

Several Russian hunters set out to hunt wild boars in clay. Dogs manage to find a big pig carrying one of the men. Although this hit, you still have to shoot him several more times to get the monster down.

The dimensions of the animal are such that it forces them to have to drag it with an SUV in order to take it away and take advantage of its meat. There's no other way to get an animal like this out of the bush.

"It was like a cow", surely on more than one occasion you have heard this expression when one of your hunting companions remembers that old story of that "monstrous" boar. For sure the following hunters will remember this cast in a very similar way. The enormous dimensions of the animal make to remove it from the mountain have to drag it with a Lada Niva.

On the previous pitch in which the hunter manages to take down the gigantic pig we don't want to tell you much more, we'll just tell you that the hunter who put him down probably came very close to having a heart attack. We share the images below so you can be part of one of those catches that remove hiccups.

The article Hunt a boar the size of a cow and see how they have to get it out! appears first in Jara and Sedal Magazine.