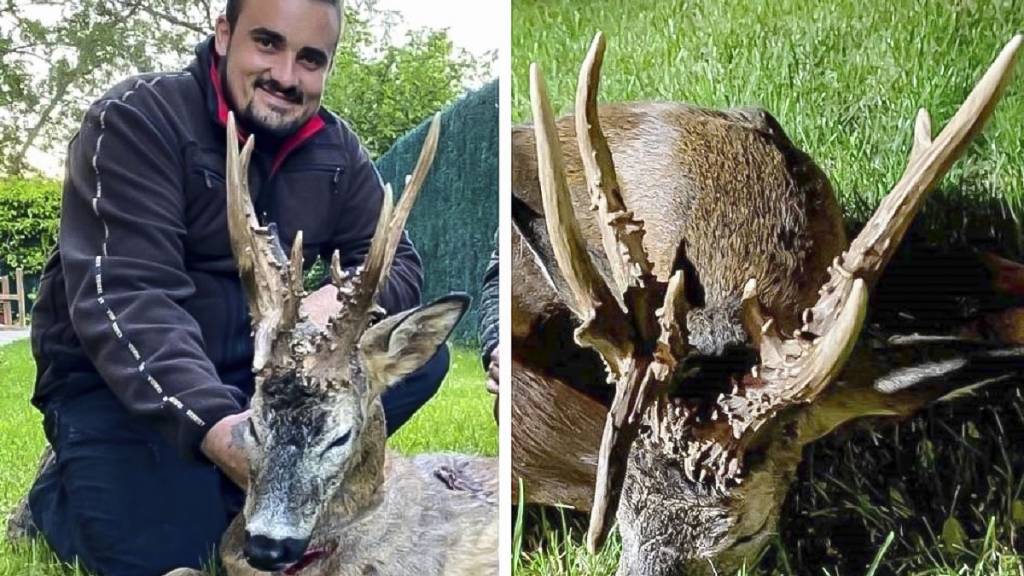 This 27-year-old had followed the tracks throughout quarantine at a roe deer with a tremendous 10-pointed trophy. Last Tuesday, June 2nd, he got hold of it: «I didn't rest a day until I managed to find him, and I'm like, if it's been worth it...», confesses to Jara and Sedal.

The Palentino Hunter Christian Martin27-year-old has managed to hunt down a spectacular 10-pointed roe deer in a sluctation south of Palencia province. Marín confesses to this medium that had it located and that he had followed "throughout the quarantine" his track because, due to his work in the company Recechos del Norte, he had a special permit to be able to go out to the field.

Martin has narrated to Jara and Sedal all the details regarding a recess that seemed never to arrive: "As soon as we were given free rein in phase 1, I went to see if I could hunt it down. I didn't rest one day until I got hold of this animal, and I'm like, if it's been worth it...", confess. The expected day came this Tuesday, June 2. "We had it under control, only the perfect time had not come until this day, when I hit the animal in two lights," he says.

The moment of launch

'I've been waiting for them to come out, and indeed, both the male and the female appeared." It was the ideal time to carry out a lance that will be engraved on the retina forever to Christian.

At a distance of 175 meters he put the roe deer in the visor and, from a certain shot at thedillo with his Blaser R8 rifle, he took him. When he came to collect it, he stumbled upon an expected surprise, but no less shocking: «The impressive 10-pointed bowl is incredible and also thick. It's not the same to see it in photographs as having it in your hand, it changes a lot"Martin explains, explaining that in a few days he will bring the animal's trophy to a trusted taxidermist to keep the trophy.

Teruel's other massive roe deer: an 18-year-old hunter shot him down in his first recess

Pablo Manuel Pastor CatalánA18-year-oldbig gamer and resident inTeruel, has been the lucky one who has hunted down the roe deer that everyone is talking about. This Tuesday they were running like gunpowder through social mediaseveral snapshots of the imposing animaland soon after the hunter himself contacted the wording ofJara and Sedalto reveal all the details of what has beenhis first recessed roe. We'll tell you here.

This Tuesday, when fans of roe deer hunting were still digesting the snapshots of Teruel's monstrous animal,Photos of another with at least a dozen tips have begun to be shared as gunpowder. Yourpearly trophy, thick, long and with a 'fork'-shaped tip'coming out of the base of the left rosette has provoked a lot of reactions on social media. We'll tell you here.

The article He hunts a colossal 10-pointed roe deer he had followed during quarantine appears first in Jara and Sedal Magazine.