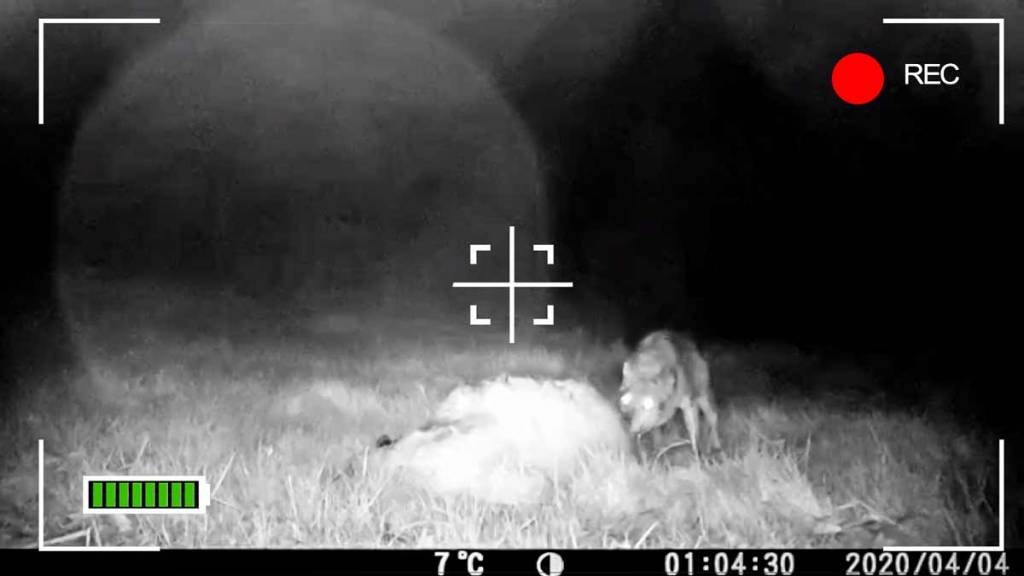 A young man of 20 years puts a camera trap 50 meters from the houses of a Galician town and this captures the moment in which a wolf returns to devour a sheep that had killed the night before.

The video that we show you below has been recorded by the camera trap of Sergio Suarez Fernandez, a young Galician of 20 years neighbor of ForzansWhat he captured the moment in which a wolf devoured a sheep just 50 meters from his village.

As detailed Vigo Lighthouse, the night before a pack of wolves had attacked the flock, and this was one of the victims.. The farmer set a trap for him with his camera... and fell. In the images, captured by this camera located in the branches of a tree, it is seen how the wolf returns to devour the remains of the animal.

The
images, as detailed by the aforementioned media, were obtained in the Coto da Feira to
early April. The young man learned that this herd had
attacked the sheep there, so he went to the place to inspect it. He discovered footsteps of various canids and the
remains of three sheep, one practically reduced to its skeleton.

In the video you can see how the wolf cautiously approaches the remains of one of the devoured rams, and then moves away to look for another that lies thirty meters from the place.

InJara and Sedalwe have already announceddifferent real casesoccurred in our country in recent months, in which wild canids have not hesitated indevouring hunters' dogswhen they have encountered themin the middle of the mountain. These are cases that have shocked hunters a lot, who have not hesitated to make viral the video that we reproduce below, taken by a security camera in an urban area. We showed you.

The article 'Hunt' a wolf devouring a sheep just 50 meters from a village in Galicia appears first in Jara and Sedal Magazine.