Hunt with knife a dangerous wild boar of 160 kilos: "I was going to burst to the rehala" 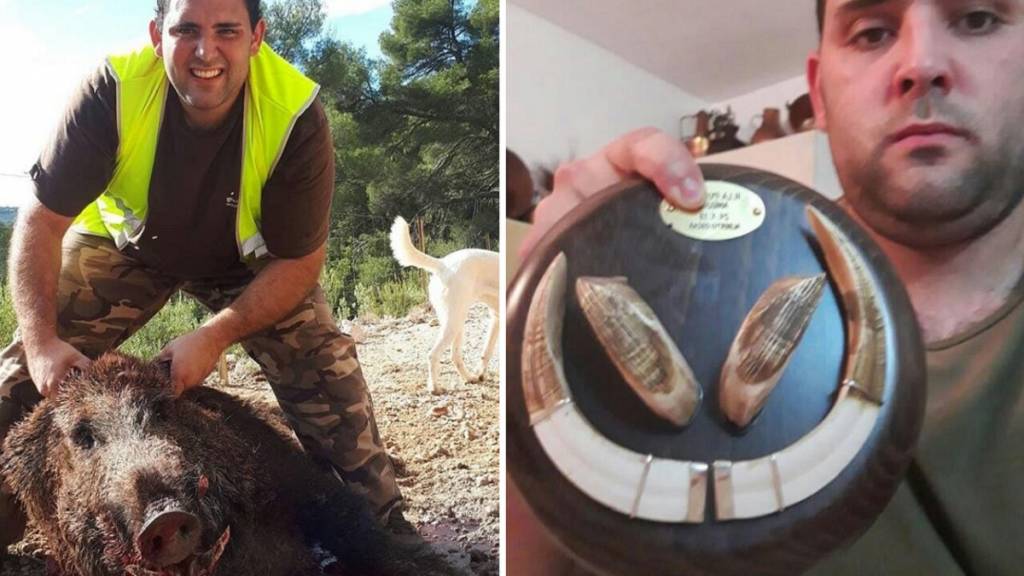 Two young people live a hard experience having to defend the dogs from their rehala from the attack of a huge wild boar of 160 kilos: «He was a monster. It took him a long time to die, we couldn't finish him off...», tells Jara and Sedal Óscar Álvaro.

The Young Hunter Oscar Alvaro, a native of the Alcarreña town of Trillo, managed to shoot down with a knife with your friend Alberto Benito in a montería held in the vicinity of the municipality also guadalajareño of Sacedón at the beginning of February A huge wild boar of 160 kilos of weight whose trophy has given 112 points.

Álvaro has detailed Jara and Sedal everything related to this hunting day in which he participated with his friend Alberto Benito and the 50 dogs of the rehala 'La Puerta'. The capture of this tremendous animal arrived at mid-morning: "We knew that there were big bugs on the farm, but none like this, and less that we could shoot it down with a knife.", says the young man.

"I saw that one dog stood still, another one came, and another... and I heard a pine tree moving," says Óscar. Then, he called his friend, who went to see what was there and found himself face to face with the wild boar: "The dogs began to throw themselves on the macareno, and then we went for him and shot him down with a knife.," he explains. "It took time to die, it was a very hard animal with which we had to spend a long time," says Óscar.

The rehalero threw himself on top of the boar "as if it were a mechanical bull". "He pricked him with the knife and I with the spear. He didn't die. We had to spend a good time with him," he continues. He was "a bicharraco who wanted to burst the rehala".

When the young rehaleroIvan Cañigueral Albuixech, 27 years old and a native of Quesa (Valencia), approached a few months ago a small wild boar weighing 40 kilos that was going to hunt with a knife or imagine the tremendous defenses he sported ... But I had them. Incredibly, and despite its low weight,He had a knife that became viral in a few hours through the mobiles of the hunters. We show them to you.

The rehalero from CáceresDaniel Muñoz Martín, a native of the Extremaduran town ofPeraleda de San Román,He hunted a tremendous wild boar gold medal with a knife last November after it was squeezed into a bush. The montería took place on the El Planchón estate, located in the municipality of Garvín de la Jara (Cáceres). There, the young Daniel and his brother Rubén Muñoz hunted with the 'Rehalas Julio' for the open montería. We'll tell you.

The article Hunt with knife a dangerous wild boar of 160 kilos: "I was going to burst to the rehala" appears first in Jara and Sedal Magazine.