Sighted a crocodile in Valladolid: Police and Civil Guard try to 'hunt' the reptile 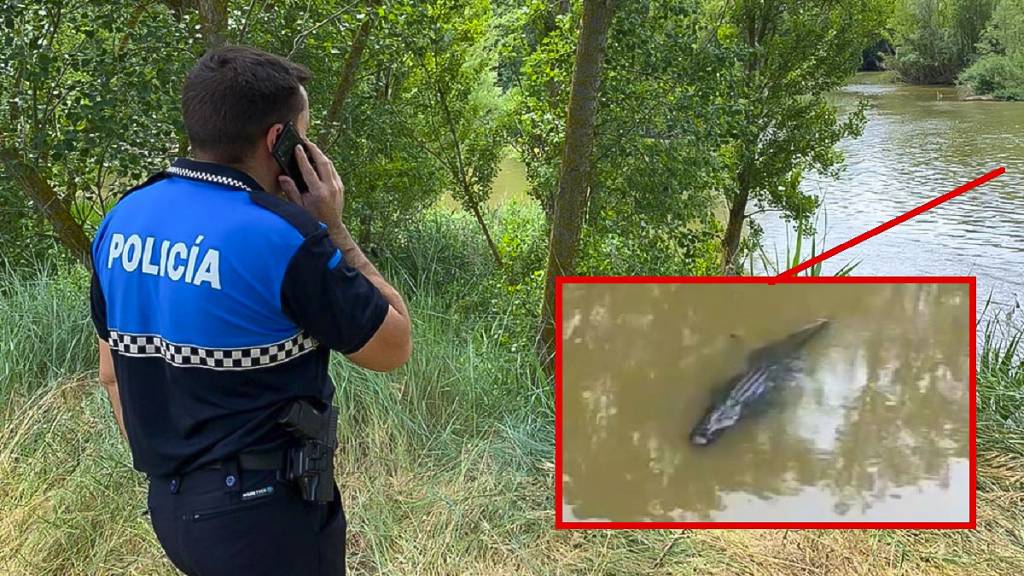 A group of youths alerted authorities on Friday afternoon that there was a crocodile in the Pisuerga. Shortly afterwards, a local policeman confirmed the incident. Authorities have cordoned off the area and are trying to re-locate it.

One crocodile sighted in the confluence of the rivers Duero and Pisuerga in the province of Valladolid, at the height of the municipality of Simancas, keeps neighbors in check.

Apparently a group of young people reportedly spotted the reptile last Friday afternoon. Something that confirmed this Saturday an agent of the Local Police of the same municipality that claimed to have also seen the reptile, about a meter and a half in length.

The agent notified the emergency service 112 of Castilla y León to proceed with his search, to which seprona troops have joined of the Civil Guard.

The Local Police of Simancas limited a part of the riverbank where fishermen usually go to prevent anyone from approaching the shore and can be attacked by this animal.

In @112cyl we take all kinds of calls, but the one received today at 14:27 h. has surprised us. Local Police of Simancas and Seprona have mobilized to locate a crocodile🐊 which has been seen at the confluence of the Douro and the Pisuerga. #Valladolid https://t.co/5LqtKp3Btd

The first hypotheses that researchers consider is that the crocodile could have escaped from an address where they had it as a pet, although so far no one has claimed the animal.

The article Sighted a crocodile in Valladolid: Police and Civil Guard try to 'hunt' the reptile appears first in Jara and Sedal Magazine.